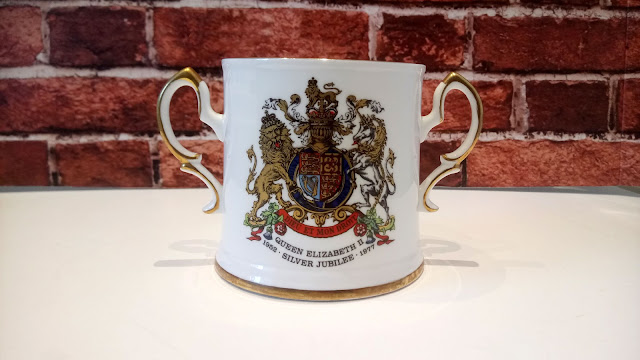 Now we know that Meg was partial to porcelain – I’ve already looked at various figurines in her sitting room – but in 1977 the following piece made it onto the set of the Crossroads Motel. 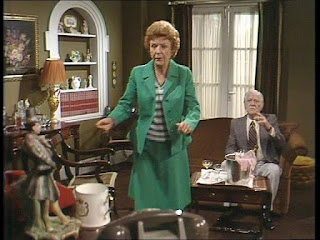 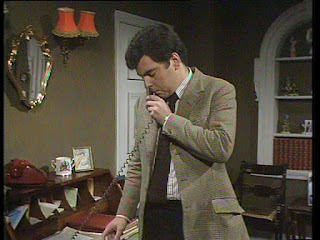 It appears in various places in the Sitting Room set, but mainly on the nest of tables or on top of the bureau. There isn’t really a lot to say about it if I’m completely honest, but it does look nice so I was keen to add one to the collection.

Another piece of royal memorabilia that I should also mention is the picture that appeared in reception where the “bar” used to be. Although it is sometimes thought to be a painting, it is in fact a photograph of Queen Elizabeth ll & Prince Philip in The Green Drawing Room at Windsor Castle, taken by Peter Grugeon in 1975. 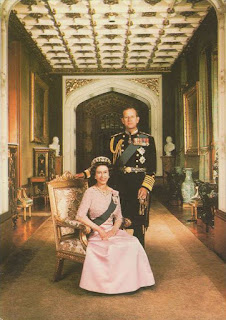 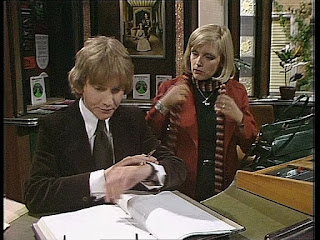 Again, there isn’t much to say about it – but the “Royal Portrait” is so iconic, that it has appeared in various spoofs over the years…


While I’m here, and I’m thinking about royal connections, perhaps I should mention the queen of soap….

It’s a title that has been claimed by many over the years, and I’m not here to argue about it –for me there can be only one.  Noele Gordon.

When Nolly left Crossroads in 1981, a magazine was published: “Goodbye Meg”. The writers knew that she was TV royalty – They described the magazine as “marking the end of Noele Gordon’s 17 year reign at the Crossroads Motel.”

Across the UK, and in the Midlands especially, Noele was like royalty – visiting TV transmitters, making public appearances, opening shops and fetes, promoting charities….

Who can forget the scenes of 1975’s ‘royal wedding’ when Meg and Hugh finally tied the knot? Birmingham City Centre brought to a standstill as thousands upon thousands of well-wishers lined the streets… souvenir magazines and records for sale in the shops…

Of course, Noele was no stranger to royalty.

In 1970, Princess Alexadra (the queen’s cousin) opened the new ATV studios at Broad Street in Birmingham. During the royal visit, Nolly performed a feinting scene – much to the amusement / bemusement of the royal guest.

She holds the distinction of being the first female host of the Royal Variety Performance in 1974 where she met HRH The Queen Mother.

She met Princess Anne at silver jubilee gala and (on another royal visit to the studios) even had to explain to Prince Phillip why an actress was dressed as a woman of “easy virtue”. Apparently, during this visit, Prince Philip told Noele that he and the queen sometimes watched Crossroads.