I LOVE MY BRICK... FROM THE ORIGINAL MOTEL 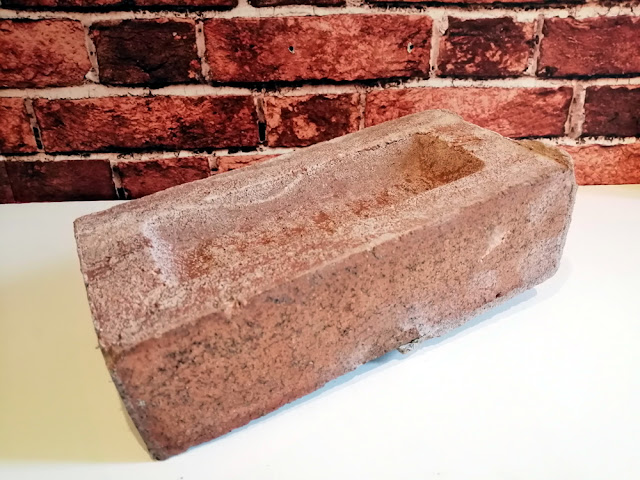 BRICK FROM THE CROSSROADS MOTEL

In 1964 the producers of Crossroads were looking for a location to be the real-life setting for Crossroads. The producer, Reg Watson had filmed at Walford College in Baschurch, Shropshire on a previous television programme and knew that it would be ideal for what they needed…

The college featured a modern 1960’s extension attached to an old manor house, with a lake in the grounds and nearby cottages  that could represent the village of Kings Oak. In fact it had everything that the producers needed – it was also a short drive from the studios in Birmingham AND it even had a ready supply of extras in the form of college students.


This version of the Crossroads Motel was seen on screen between 1964 and 1981, on the night of the infamous fire. Usually a static caption of the motel was seen, but filming regularly took place throughout the 1960’s.

To celebrate 1500 episodes in 1971, Noele Gordon and Roger Tonge posed for photographs at the college.


And here is a shot of Noele Gordon and Reg Watson at the college... 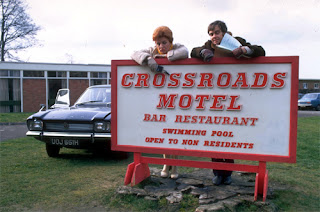 I recently found this shot of ATV filming a scene with Meg’s house in the background.

For many years, the location was unknown to fans of the programme, but I managed to find it in 2010 and this story even made the national press.

I produced a video comparing the locations on-screen to how they looked in 2010. You can watch that HERE. Fast forward 9 years and the college building was finally demolished as part of a modernisation programme. Fortunately a member of staff at the college knew of my enthusiasm for CROSSROADS and managed to rescue me a brick or two.

Sadly I haven’t got enough bricks to rebuild a replica of the motel in my garden, but in the words of Father Jack in “Father Ted”…. “I love my brick!”